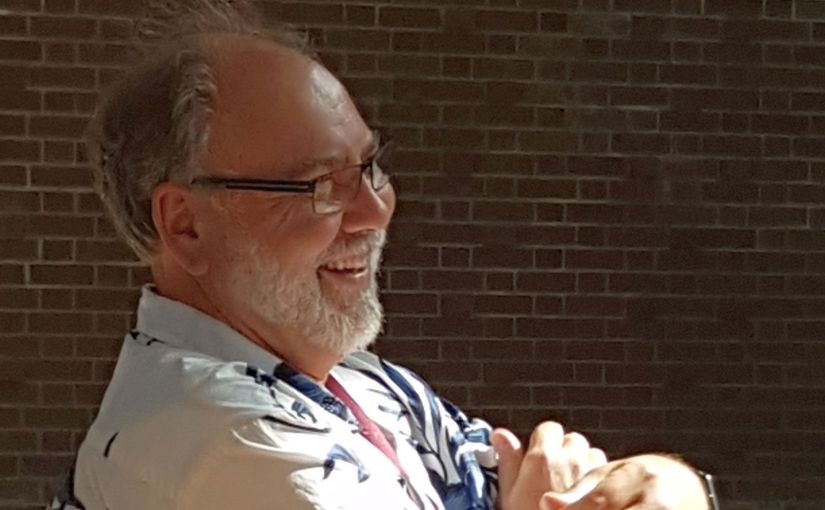 When asked my favourite colour, over the years, I have delivered-up “blue” or “red” or “green”, my couleur du jour. Actually, I never thought about it much and had, in fact, no strong preference.

A few of years ago, Barbara and I moved to Waterloo. We didn’t do any painting, upon moving in, preferring to spend our few dollars on a laundry list of items afforded us by our new-to-us fixer-upper. The A/C died on the day we moved in! So, some two years later, when it came time to redo the kitchen, we spent a long time thinking about colours and holding various sample cards up against the walls.

Long and short, we chose a spectrum of teals for our kitchen. The truth is, that the kitchen is more my domain than it is Barbara’s. She is the pie-maker extraordinaire but, in the main, and when it comes to mains, I’m usually on deck. And so we have teal in the kitchen largely born of my sensibilities. And we have—Circus!—red in the living-room.

Teal was, I realize now, the answer that I should have given all those years. I’ve always liked teal. Teal is neither blue nor green but embraces both. I have a variety of bottles of fountain pen ink labelled “bleu pervenche”, “Türkis”, “Inspired blue”, “Steel Blue” and so on from Herbis, Pelikan, Waterman, Diamine and the rest. All of them are neither this nor that and all of them are lovely. And each one is teal, after a fashion.

I am recently retired. I’ve spent some 35 years as a parish pastor in the Eastern Synod of the Evangelical Lutheran Church in Canada and for the last decade, I assisted Bishop Susan Johnson in the faith-to-faith diplomatic corps of full-communion, ecumenical and interfaith engagement. I also staffed the Faith, Order and Doctrine Committee (“FOD”) of National Church Council. I’ve had a great run and am deeply indebted to the many souls who made of my recent years such a wonderful adventure.

I’ve been contemplating my retirement for some four years. In 2015, my contract was up for renewal. Two years was the usual renewal period but I asked for four. The design was that I would serve out Bishop Susan’s term in office and we’d regroup after that. At the same time, I knew that my health was in decline and, by the time I was done, I was very tired and would, at 66, following the ELCIC national convention, call it a day. Bishop Susan was reelected handily and the universe continues to unfold as it should. There were retirement parties in Regina (national staff in town for the convention) and at Luther (former Waterloo Lutheran Seminary) in Waterloo (an unlikely gathering of usual and unusual suspects whose common denominator was an entry in my address book and a free afternoon in August). Both meant a great deal to me and each was terrific and very moving.

In retirement, I am planning to do several things. Among them, pay attention to my health; read; turn our 40’x60′ back yard into a garden; read; return to my craft as a politics wonk; read. You get the picture.

Which brings me to this blog: te|al. Much of life is neither this nor that but somewhere in between. So that’s where I am: somewhere in between, and in-between on and about so many things. And I’ve styled “teal” “te|al” for two reasons. First, the vertical line (or “pipe” symbol) hints at in-betweenness. At least so for me. (Suit yourself and one person’s pleased. —Grandmama) Second, the vertical line is one of the most underused characters on the Qwerty keyboard. It deserves its place under the sun and for that verity I am an ally and advocate.

André Lavergne — writing from a settler-descendant’s home on the traditional lands of the Neutral, Anishnaabe, and Haudenosaunee peoples on the Haldimand Tract (1784).